Why is this study important?

First, we believe that true, local, New Testament churches have an unbroken line of history back to Christ. While many records do not exist, primarily because they were destroyed in the Dark Ages and by other persecutors, we still believe this to be true. We believe that a church can be organized only on the authority of its mother church. This promotes accountability and purity of doctrine as the work is started.

We believe that we should be reminded of our past. The Bible makes many references to landmarks and tells us not to destroy them. There have been believers who have sacrificed and spent themselves to further the Gospel. They believed in starting churches where there were none so see others come to Christ. We honor their history and sacrifices by remembering what they did. This study also makes a point that churches must also be planting new churches. So-called churches are springing up promoting a Gospel and doctrine not consistent with the Bible. They have no ties to other local, true New Testament churches, and thus cannot be considered one themselves. We believe that it is part of the Great Commission to start local churches.

The accounts listed below are a summary of the contents of this book that Pastor Sallee put together. The history begins with First Baptist Church in Newport, RI. 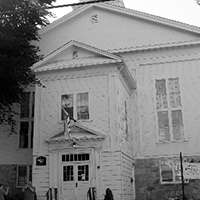 While our church was organized in 1967, it's history on American soil can be accurately traced back to 1638 where the first Baptist church in America was begun by Dr. John Clarke, in Newport, Rhode Island. Dr. Clarke was a physician, minister, statesman, and pioneer of religious liberty. He was born in England, but came to America. He is the author of the first constitution guaranteeing religious liberty. (We do not believe that Rodger Williams started the first Baptist church as some historians claim because he only had Baptist tendencies and the method by which he started his church was not patterned after the New Testament.) Dr. Clarke and Obadiah Holmes pastored this church. When Dr. Clarke was traveling, Obadiah Holmes would pastor. Brother Holmes pastored after Dr. Clarke's death, until his own passing in 1681. 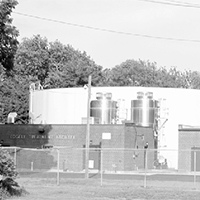 Pictured, is the believed site of Cold Spring Baptist Church. This church never met in a formal building, but on the family farm of Pastor Dungan, where there was a natural spring; hence its name. 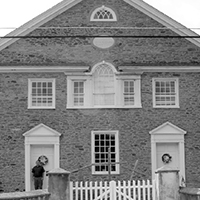 After having arrived in Pennsylvania in 1688, Elias Keach, described as a wild scamp, was preaching in Pennepack, PA. While preaching, he became so convicted that he confessed to the crowd that he was not saved. It was suggested that he speak with Thomas Dungan. Mr. Dungan led him to Christ and baptized him. When Mr. Keach returned to Pennepack, he continued preaching. Souls were saved and a church was constitued in 1688. Pennepack Baptist Church is still in existence today.

Piscataway Baptist Church was organized as an independent church in 1689 after having been a branch of Pennepack Baptist Church. No records exists of this church until 1781, however, the origin and history of Piscataway can be found in records of churches started around it. The early records were either destroyed by British soldiers during the Revolutionary War or by a disgruntled church clerk. No one knows for certain. John Drake pastored this church for 50 years beginning at the time of the church's organization. Today, the church is known as Stelton Baptist Church. 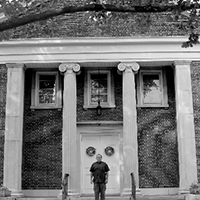 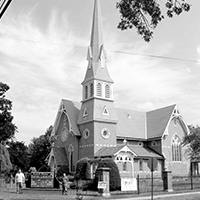 Jeremiah Dodge, in 1745, moved to New York and opened his house as a place of worship. He was a member of Fishkill Baptist Church. As the mission work continued through the years, they decided to become a branch of the Scotch Plains Baptist Church. The work continued to grow. In 1762, the mission organized as First Baptist Church New York. John Gano became the pastor of this church. During the Revolutionary War, the building was nearly destroyed by the British. However, after the war, John Gano returned to the city, and along with 37 other members, restored the church, and grew its membership to 200. The church is still in existence today. 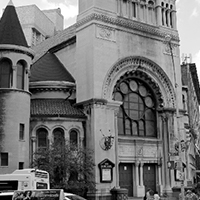 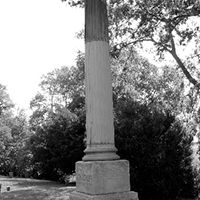 The year 1790 saw a new church form in the Ohio Valley. In the years prior to this, John Cleves Symmes and his business partners attempted to purchase one million acres from the U.S. government. The deal fell through, but they were able to obtain 248,000 acres from the Northwest Territory. Captain Benjamin Stites purchased from Mr. Symmes ten thousand acres a year or two later. Captain Stites was a member of Scotch Plains Baptist Church. He and about 30 others left Scotch Plains to settle this newly acquired land. In 1790, they met for the purpose of organizing a church. The Columbia Baptist Church was constitued under Stephen Gano and the authority of First Baptist Church in New York. It was begun in Columbia, only five miles from present day Cincinnati. A monument exists at the Pioneer Park across from Lunken Airport in Cincinnati, OH, in tribute to the Baptists of this newly founded church. (The Lord allowed our church and the Baptist History Preservation Society to place a marker at this site telling the history of the marker and the church that was started here.) The church moved from Columbia to Duck Creek and Edwards Roads in 1808. The church moved again to Mt. Lookout and finally to Hyde Park in 1904. The name became Hyde Park Baptist Church.

Carpenter's Run Baptist Church began in 1797. Several families began to branch out up the Little Miami River and requested letters of dismissal from Columbia Baptist Church. This church existed until 1828. 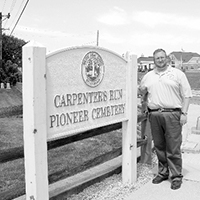 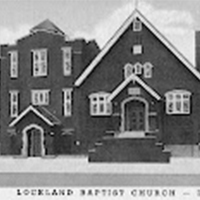 Two members, Henry and Mary Tucker, from Carpenter's Run were dismissed to assist in the organizing of Springfield Baptist Church. After it's organization, the church moved to Lockland and was given the name Lockland Baptist Church. It moved again in 1962 to their present location and were renamed Landmark Baptist Temple. 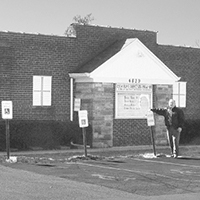 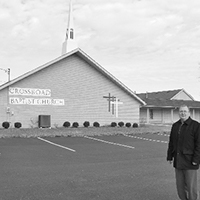 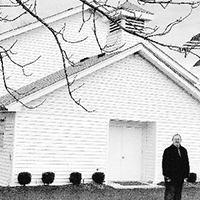 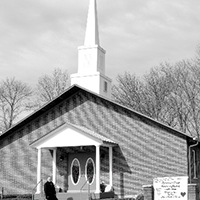 Cozaddale Baptist Temple was begun in 1967. Our first pastor, Charles Girvin, was a faithful member of Loveland Park Baptist Church. He and his family were one of the first families to join Loveland Park. The Lord began burdening his heart to plant a church in an area that needed a church, closer to his home. It is unclear how long that first group of people met before the work was organized. However, on December 3, 1967, the Cozaddale Baptist Temple became an autonomous work. The church started in the basement of a store in Cozaddale, OH (minutes from Goshen, OH). After the store closed, the church moved upstairs. Eventually, one of their members, Bro. Bob Spencer gave the church 10 acres, just two minutes from their original meeting location to build a church and have room to expand. 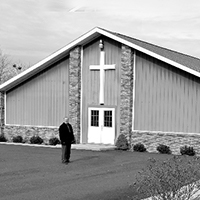 Today, Cozaddale Baptist Temple has been able to purchase the remaining acreage behind our church for more local growth. We have seen the Lord bless with faithful members, souls saved and baptized, and spiritual growth. We have seen churches and mission works started in Europe, Mexico, Arizona, Hillsboro, Cincinnati, and Colorado, with plans of starting other churches as the Lord leads. We are blessed to have such a rich history extending back to the first Baptist church in America.